METROWEST MASTER ASSOCIATION BOARD OF DIRECTORS

Jennifer Waters has been working in Metrowest for the past five years. She came to the Metrowest branch of FAIRWINDS Credit Union with 20 years of banking center and management experience. Jennifer's past also includes numerous years of giving back to the communities she has lived and worked in. Since moving to Florida in 2008, she has been the race chair for Susan G. Komen race for the cure for two years and also held various positions on the board of Dress for Success of Greater Orlando. During her time in Metrowest, Jennifer has been a part of the Fine and Hearing and Design and Review Committee for three years and has volunteered for numerous task forces and committees when needed.

A 18-year resident of MetroWest, Jim served as a board member from 2010-2011 and currently serves as the President of the MWMA Board of Directors, a position he was elected to in December 2013. Jim combines his financial acumen with his passion for the community to ensure that MetroWest continues to thrive.

A resident of MetroWest for the past 26 years, Madeleine Francois was a licensed Independent Life and Annuity Agent before retiring. Throughout her MetroWest residency, she has been actively involved in the MetroWest Master Association through committee service including the Finance, Security, Landscaping, National Night Out Event, Fine & Hearing and the DRB Committees. Madeleine currently serves as Vice President of the HOA 5 board and has served as chairperson for the Beautification Committee, as a member of the Welcome Committee and Social Committee, and as Neighborhood Watch Program Coordinator.

For nearly 30 years, Agostina “Stina” D’Uva has been an integral leader in the Orlando community. As the President/CEO, her direction has helped grow The West Orange Chamber of Commerce into the driving force of business that it is today. Under her leadership, the Chamber earned the coveted Chamber of the Year award from the Florida Association of Chamber Professionals in 2009, 2012 and again in 2015.

D’Uva’s influence extends deep into the Orange County business community. In 2015, Mayor of Orange County Teresa Jacobs appointed D’Uva to serve as a member of the Orange County Charter Review Commission. Prior to that service from 2000-2006, Commissioner Jacobs appointed Stina as her Planning & Zoning Commissioner. Stina also served as the 2015/16 Chairwoman of the Florida Association of Chamber Professionals, the professional development association for the state of Florida for chamber executives and staff.

Stina continues to serve her community today through volunteer service, and cites her recognition as Orange County District 1 Citizen of the Year in 2007 as one of the greatest honors of her career, as well as being awarded the 2013 Central Florida Women’s League Heart of Florida Woman Award.  In 2014, she was elected and continues to serve as Vice President of the MetroWest Master Association.

Prior to being hired to manage and lead the West Orange Chamber of Commerce, she was the President of the MetroWest Elementary School PTA, Gotha Middle School PTSA President and SAC Chair and founding member and President of the Olympia High School PTSA.  She also earned ADDitions Volunteer of the Year while at MetroWest Elementary and served on the Health Central Foundation board as its chairwoman. Stina also served on her community’s HOA Board in various capacities including President from 1997-2002.

D’Uva is a proud resident of Fairway Cove MetroWest, for 31 years and is married to Nick for 38 years and has three adult children: the twins, Paul & Steven, her youngest son Marc and one daughter-in-law, three grand-dogs and four grand-cats. 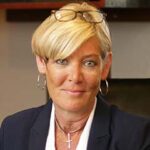 Lynn Walker Wright has joined the MetroWest Master Association (MWMA) Board of Directors. Lynn founded Lynn Walker Wright, P.A. 25 years ago and has offices in MetroWest and Winter Garden. She has consistently been named “Best Lawyer” by U.S. News and World Report, and has held “AV” Preeminent Rating in Martindale Hubbell for 20 consecutive years.

Lynn’s grandfather was a Founder of Winter Garden. She and her partner, Paige, are longtime residents of MetroWest. With strong roots in Orange County, Lynn’s proudest accomplishments include bringing the West Orange Trail to Winter Garden and construction of the new West Orange Cornerstone Hospice Facility at the Orlando Health/Health Central Campus.